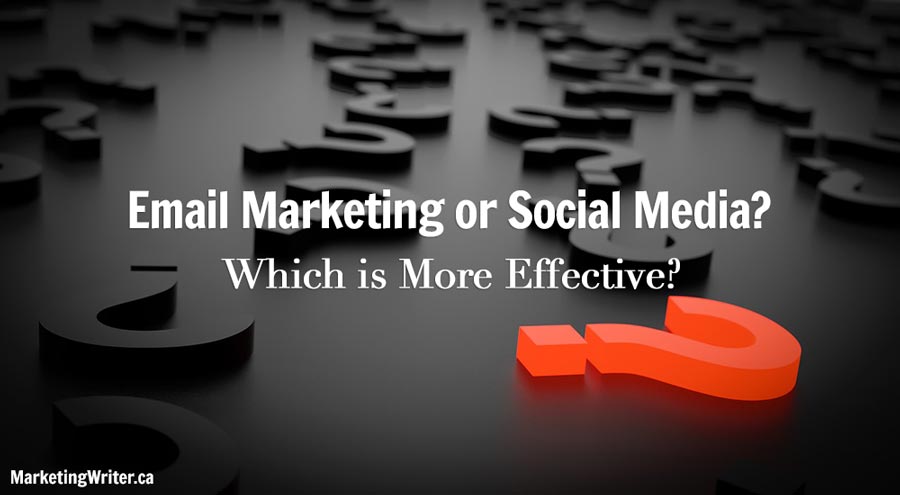 If you’re like many other marketers, you probably invest a fair amount of time on social media – writing status updates, creating ads, monitoring likes and mentions etc.

Now, here’s a question: How much time do you spend on email marketing – that includes growing your list, writing compelling emails and keeping score on list growth and engagement?

If you’re heavy up on the social media side of the ball, you might want to consider the following:

Email marketing is where the gold is – according to Radicati – a world leader in the study of email and social media statistical data.

Now, I’m already a believer. But if you’re casting a Spockian eyebrow, check this out:

That’s a whole lotta eyeballs. And, at first glance, focusing your primary focus marketing efforts on social media would seem like a no-brainer.

Not. So. Fast. Grasshopper.

A stat we don’t often see concerns email usage. Research provided by Radicati reveals the total number of worldwide email accounts was 3.9 billion in 2013, and projected to be 4.9 billion this year.

That was an eye opener for me. But when I got a peek the statistics on reach and engagement – where the rubber meets the road – I immediately stopped worrying about where the heck I put my Snapchat login details.

Click through rates (CTR) from email – the measurement of how many people click on a specific link – are generally in the 3% range. The CTR on Tweets falls in the 0.5% range. That means you are six times more likely to get a click-through from email than you are from Twitter.

Influential marketing blogger Derek Halpern did a test where he sent one of his blog posts to the same number of people via both email and Twitter.

>4,200 people clicked through to the article from email!

While it’s clear email has a much better engagement and response rate than social media, you may be thinking ‘yeah but, it’s much more difficult to get people to give you permission to email them as opposed to get them to become a fan on Facebook or become a follower on Twitter.’

Wrongo – according to another test our friend Derek conducted.

Now, you’d think people are more likely to click a follow button than give up their email address.

While he doesn’t give the exact number of Twitter followers he gained, he did say it was nowhere near 500 new followers and that the Twitter page underperformed significantly compared to the opt-in page.

Here’s the takeaway: In the end, as a marketer, you must decide what’s best for your business.

Just don’t get caught up in all the hype about social media being the best marketing channel – especially if you’re looking for the best ROI.

Sign up for my blog updates and never miss a post. I'll send you the first chapter of my eBook as a thank you.

What My Clients Say

“So far, the response from the sales letter you wrote has been 12.06% – that’s 25% over our projection!” – John Andresen, Wyers Direct

“We are now averaging 5-10 qualified leads per day based on the web copy you wrote for our site. It’s unbelievable. We were hardly getting any before.” – Elizabeth Gomes, Yonge-Eglinton Laser Eye Centre

“I wanted to let you know we had over 50 downloads of the insiders guide over the weekend and they just keep coming in! – Susan Milne, Epiphany Studios